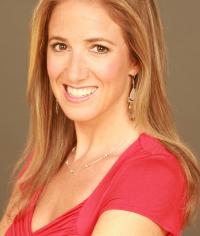 Colleen DeBaise is an award-winning journalist, author and podcast host. Her most recent book is "Start a Successful Business" (HarperCollins, 2018). She recently appeared as an entrepreneurship expert on the History Channel's 2022 docuseries, "The Booze, Bets and Sex That Built America."

She is executive editor of The Story Exchange, a nonprofit media platform that produces videos, articles and podcasts about entrepreneurial women. During her tenure, the organization has won 2020 and 2019 Front Page awards from the Newswomen’s Club of New York, a 2019 "Best in Business" award from the Society for Advancing Business Editing and Writing, a 2022 nomination for a Webby and a 2016 nomination for a Gerald Loeb Award, one of the most prestigious honors in business journalism.

An entrepreneur herself, she founded the Hampton Bee, a digital publication that provided news and tips about small businesses on Long Island’s East End.

In addition to those roles, Colleen has also served as an editor at Entrepreneur, BusinessWeek and SmartMoney. She has been interviewed as a small business expert on television and radio, including MSNBC, Fox Business News, CNBC, CBS and NPR.

Before covering small business, Colleen spent many years writing about white-collar crime as lead court reporter for Dow Jones Newswires. She also wrote a personal finance column. In 2005, she was the winner of the Newswomen's Club of New York's Front Page award for specialized writing.